Oriental fruit moths are going to be flying solo this summer if growers install an aerosol pheromone dispenser in their orchards. The new technology will disrupt the mating behaviour of this most damaging of orchard pests. Left unchecked, these moths would lay eggs which hatch into larvae that feed internally on apples, pears and stone fruit.

Semios, a Vancouver-based company, has enjoyed early success with this ‘disruptive’ technology in the United States and Europe. Now, with approval of the pheromone package from the Pest Management Regulatory Agency, it expects to have about 4,000 acres under its precision management services in Canada in 2015.

The concept of controlling pests with pheromones is not new, but the way in which they have been used to date is anti- quated, costly and labour-inten- sive, explains Semios CEO and president Michael Gilbert. Semios uses one aerosol dispenser per acre that is connected to a net- work of field sensors to measure weather conditions, and together
with remote-camera pest traps, it signals the optimal timing and dosage of pheromone to be released.

The journey to commercial- ization has been more daunting than first thought. A chemist by trade, Gilbert has engineered in-orchard, real-time, wireless networks. This hurdle took more than two years because leafy, dewy environments interrupt wireless communication. Once he installed solar-powered sensors, he can now generate site-specific data seamlessly. With reliable data, the system can be programmed to trigger timed puffs of pheromones. In peak moth season, that could be every 15 minutes.

“The ultimate goal has been to precisely meter the pheromones,” says Gilbert. “Pheromones are a very expensive active ingredient costing anywhere from $1000 to $10,000 per kilogram. By only releasing pheromones when and where moths are in flight for the purpose of reproduction, Semios is extremely effective and less costly than sprays.”

“One less agricultural spray is better for us all - the fruit, the consumer and the environment,” says Knights Appleden farm manager, Rod Steenbruggen. “This is great technology that is making a big difference.” In the case of specific insects, growers can switch from pesti- cides to pheromones, lowering overall orchard pesticide usage. The advantage is that pollinators and other beneficial insect species are not affected. Since Semios is the only pheromone dispenser that can be controlled remotely, growers can even use their smartphones to alter the timing. Is this a mothy night? It’s a midsummer night’s dream to program the pheromones.

Once hung in the trees, the Semios in-field sensors and camera traps monitor the number of pests. This information, combined with wind and temperature conditions, is analyzed to optimize pheromone deployment. The most common application rate is a metered puff every 15 minutes, 12 hours a day during evening and night-time hours through the growing season.

Semios has brought connectivity and near-real-time pest monitoring to the farm, helping farmers to... 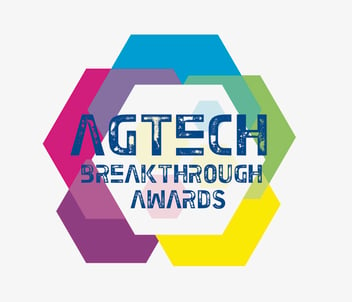