Vine mealybug (VMB) is one of the most important pests affecting California grapes. They feed on the sap which can weaken vines, and they also produce sticky secretions known as honeydew which can promote sooty mold growth.

Most concerningly, VMB and other mealybugs are also an important vector of pathogens including grapevine leafroll-associated viruses.

Part of the challenge with vine mealybug control is their cryptic nature. A part of the population resides underneath the bark which protects them from insecticides and often makes chemical coverage a challenge.

Mating disruption can be an effective tool in the arsenal for vine mealybug control. Mating disruption is when sex pheromones, which are used by adult males to locate females, are released in large amounts into the atmosphere so that communication and mating is impacted.

Mating disruption is not only safe for beneficial insects, but is also not dependent on direct contact with the pest. Once applied, pheromone will be released from the source and will propagate through the vineyard by diffusion and wind movement.

Figure 1. A Semios VMB pheromone dispenser hanging in a vineyard

Studies have shown that year-over-year mating disruption of VMB can keep mealybug populations in check.

Mating disruption reduces vine mealybug populations by reducing the number of matings and/or delaying matings. Delaying the age at which females mate can dramatically reduce the number of viable eggs produced.

A study conducted in Northern Israel found that blocks that had been under one and two years of mating disruption had reduced male captures and fewer vines infested by VMB compared to untreated blocks (Sharon et al 2016). 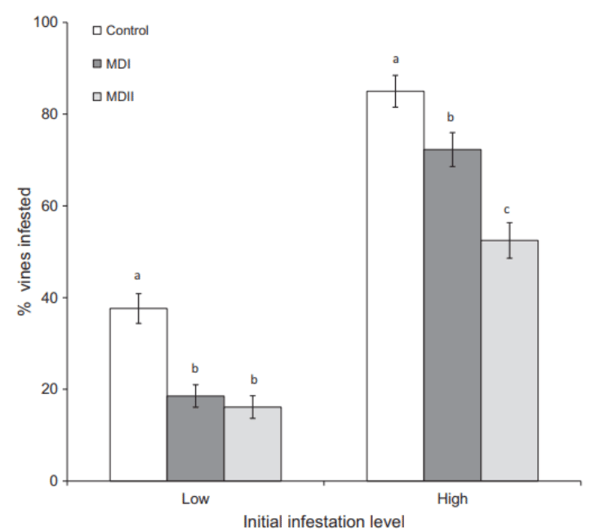 They found VMB trap captures, which correlate well with the level of VMB infestations of grapes at harvest, were reduced in mating disrupted treated blocks supplemented with insecticide compared to blocks treated with insecticides alone.

A mating disruption program is a marathon, not a sprint

When first adopting mating disruption in your vineyard, remember it may take a few years of diligent insecticide usage in order to get populations to a low level that can be maintained by mating disruption.

That is because, at high levels of infestations, males have a higher chance of encountering females by chance despite pheromone communications being disrupted. But once established, mating disruption can prove to be a valuable tool in the integrated pest management toolbox against VMB. 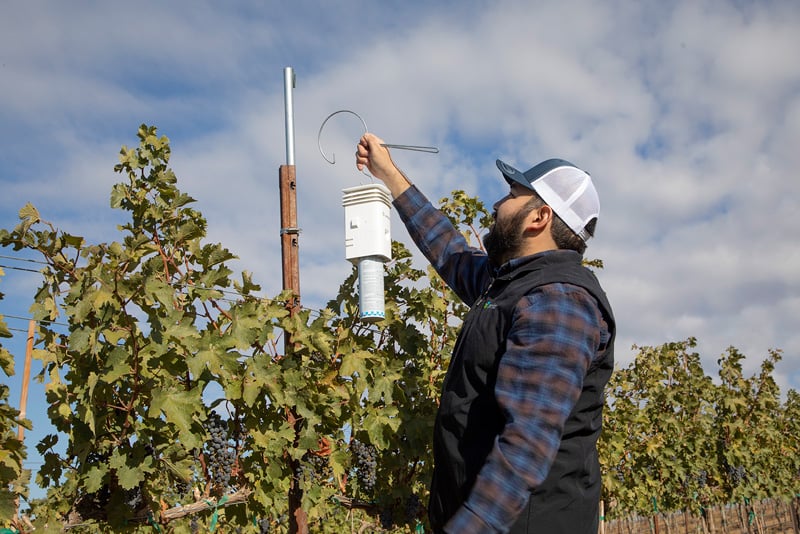 Figure 3. A member of the Semios Field Services Team installing a pheromone dispenser in a vineyard 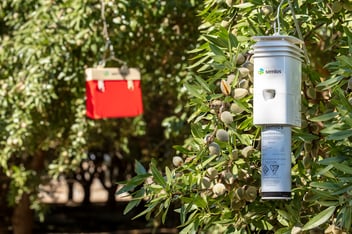 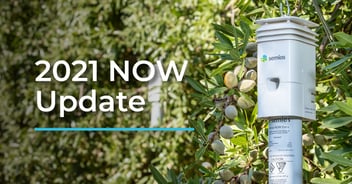